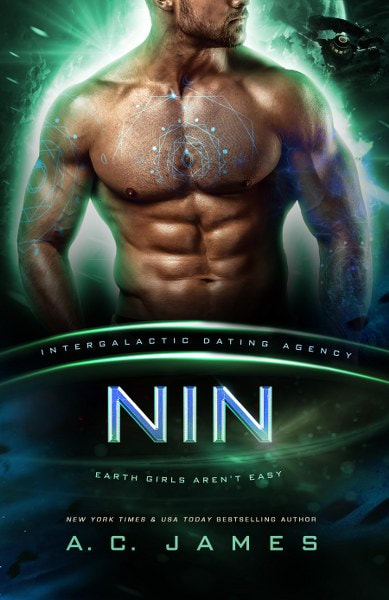 Nin is huge, all-powerful, and determined to claim her.

Rae worked for a bosshole at a marketing agency and survived an expensive and crappy divorce. Suddenly a light flashed, and not one but three alien men crashed in her backyard with a mission that both terrifies and intrigues her at the same time. Erion men will bond to their women forever. And once pair bonded, these men don't let go. Taking her body and claiming her as his mate is not only a desire but his obligation and the only way to survive.

Nin is the first book in the Earth Girls Aren't Easy series, part of the multiauthor Intergalactic Dating Agency world. This standalone sci-fi romance features an ancient race of alien warriors, a heroine who learns what love truly is, and a rebel prince who would move the stars for his fated mate. If you enjoy strong women, devoted alien princes, destined in the stars love, laugh-out-loud moments, and a hard-earned happily ever after, this story is for you!

Note: Each book in this series can be read as a standalone, but for maximum enjoyment, it's recommended that the series be read in order. 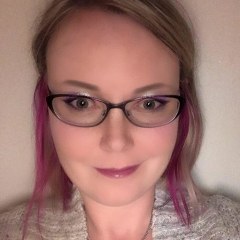 New York Times and USA Today bestselling author A.C. James writes paranormal romance books for adults and erotica, including Eternal Ever After (rebranded as Eternal Lover), which was featured in the bestselling Spice Box anthology. Her Ever Dark Immortals Series, which begins with Eternal Lover, has been described as “brimming with sensuality” and “romantic and sizzling hot.” The Isle of the Horse Shifters series starts with Ride: Awakening, and is “lighthearted” that is a “joy ride from beginning to end.”

Julie resides in the Philadelphia suburbs with her adoring husband Ron (aka Mr. A.C. James) who loves her imaginative yarns and punny sense of humor. She’s also a domestic violence advocate and discusses intimate partner violence and addiction to raise awareness on social media and through her writing. Many of her books include themes like alcoholism, addiction, or second chance romance such as Finding Her Bearing, which was written as part of Milly Taiden’s Paranormal Dating Agency world.

She spends most of her time drinking large vats of coffee while wrangling kids by day and writing by night. Recovering video game beta tester and tech geek who grew up going to cons and watching SmackDown. There’s probably some cosplay pictures around somewhere of her dressed up as Bloodberry from Saber Marionette J. Just don’t tell anyone.