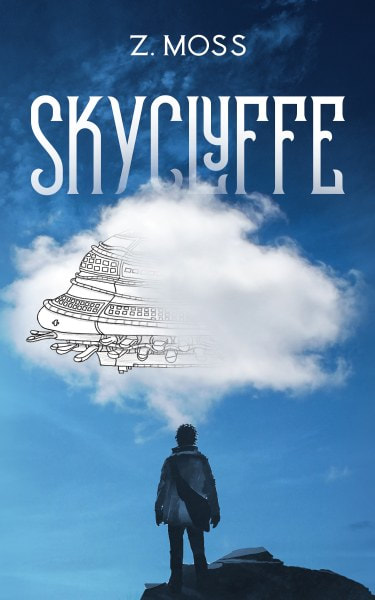 Rex Bright enjoys drawing in notebooks and dreaming. He’s thirteen, and his life is ordinary. Until he sees a face in a cloud which changes everything. Rex glimpses the girl from an airplane window while travelling to his aunt and uncle’s farm for the summer. Her features are so perfect, Rex can’t believe she’s only vapor. But Cloud Girl is real. A week later, Skyclyffe, a mysterious airship cloaked in a cumulus, abducts Rex and his family. The captors expect the Brights to live in their flying city forever. And, although he’s kidnapped, Rex loves the craft filled with robots, scientific discoveries, and silvery-white beings. Before long, Rex will be forced to decide whether to escape, or if Skyclyffe and its secret wonders are worth never stepping foot on Earth again.

Z. Moss lives in Stillwater, Minnesota and is currently working on the sequel to Skyclyffe. Two dogs, three cats, and two turtles run the household, including the real-life Radar.