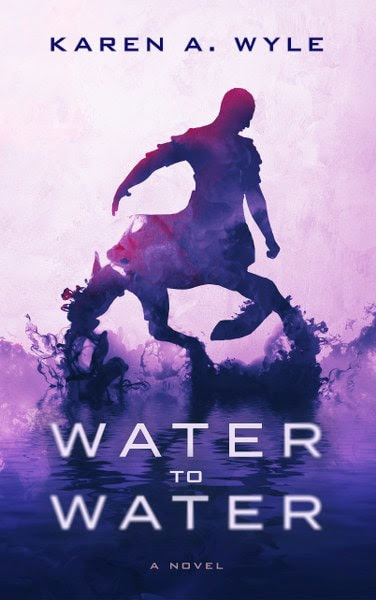 Water to Water
by Karen A. Wyle
Genre: Science Fiction

Two young Vushla questioned what everyone knew about death. What should they do with the answer?

When the time comes for Vushla to die, they go into the ocean and are dissolved away. Or so Terrill has always believed, and still believes after taking part in his father's final journey. But when he meets a young Vushlu who lives by the sea, Terrill must confront information that calls this fundamental belief into question. Will the two of them discover the truth? And what should they do with what they find?

Terrill should spend this time remembering his father, calling up all the memories he wanted to preserve. What was his earliest memory of Da?
His earliest memory of any kind . . . he would have liked a more pleasant one. Someone had smacked his hand, on the unarmored palm, for making some mess or other. But he couldn’t remember who had done it. It wouldn’t have been Da, not for such a young child making a mess. Ma, maybe, in a moment of exasperation. Or his uncle, visiting.
Terrill might have been a couple of years older the time Da gave him a ride, telling him to put his arms around Da’s torso and hold tight, Terrill’s baby legs splayed wide across Da’s broad back. Da had put just a little bounce in his gait, enough to be thrilling, but not enough to loosen Terrill’s clasped hands . . . .
What arose next was from a few years later, but still from childhood. A hot day, the hottest so far that year, with the end of the season seeming forever away. Da going from creek to creek to find the coolest one, and pouring a bucket of almost-cold water all over Terrill, Terrill gasping in pleasure and relief . . . .
Another memory, very different, almost as far back: Terrill standing outside, watching the sky colors shift from day to night, wondering if the sky looked the same everywhere, even in the far-off cities where his older siblings wanted to go. He had turned to go back inside and only then seen Da, walking back and forth, slowly, in the road a few paces away, his shoulders slumped, a posture Terrill could not remember having seen before. Something was wrong, and Terrill had no idea what it was. He had never had the courage to ask about it.
He would never know. 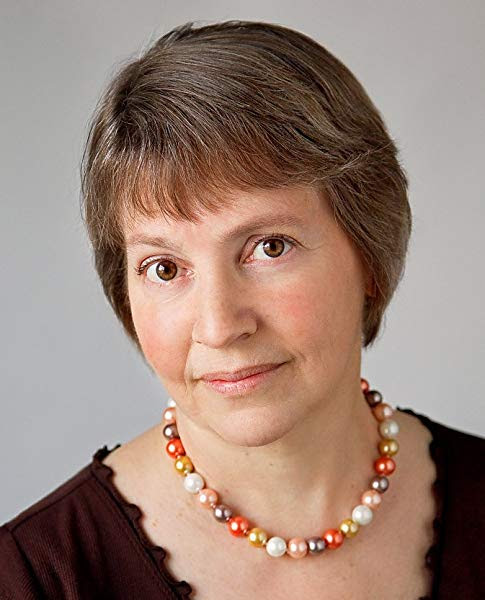 Karen A. Wyle was born a Connecticut Yankee, but eventually settled in Bloomington, Indiana, home of Indiana University. She now considers herself a Hoosier. Wyle's childhood ambition was to be the youngest ever published novelist. While writing her first novel at age 10, she was mortified to learn that some British upstart had beaten her to the goal at age 9.

[NOTE: Terrill is a Vushlu. He would have become an adult next year by taking a ritual first journey to the ocean with other Vushla his age. Instead, he attained adult status prematurely, accompanying his dying father to the ocean, where his father went into the water to be dissolved.

Interviewing Terrill is a tricky task. As the book begins, he is understandably morose. Later, when he is less so, he has good reasons not to reveal his activities and concerns. I’ve dealt with this dilemma by splitting his interview into two, and working within the limitations Terrill sets.

The first interview takes place at a rest stop during the funeral party’s return trip. Terrill speaks in a quiet monotone most of the time.]

Q. It will take you quite a while to get home. How are you occupying yourself along the way?

A. I’m trying to remember as much as I can about Da. [a pause; he clenches and armors his fists] But the things I remember keep reminding me of things I don’t know. Questions I never asked, and never can, now. [long pause]

Q. Have you found any ways to keep your spirits up?

A. There’s a Weesah peddler who’s been traveling alongside us. He likes to tell stories. When I listen to them, it takes my mind off . . . other things. I’ve even laughed a few times. [glances to the side] Not that my uncle approves. Of the listening or the laughing.

[The second interview takes place around three months (or the equivalent) later. Terrill is now traveling in the peddler’s wagon, as is Honnu, another Vushlu about his age.]

Q. Is this where you expected to be, at this time?

A. No. Nothing about what I’m doing these days is as I expected. One unpredictable event has led to another.

Q. What can you tell me about these events?

A. [a slight smile – which for Vushla means a rounded mouth] Very little, I’m afraid. Except that one of our funeral party, my aunt, became very ill on the way home. The others returned to the sea with her. I [a short pause] chose not to. That led to my becoming better acquainted with Honnu. And that led to everything else.

Q. So do you think you’ll become a peddler?

A. [another smile] I don’t think so. But for now, I’m a peddler’s assistant and have my duties. I’d better go.

A. I . . . don’t think that is very likely. But stranger things have happened. [a quiet chuckle] Indeed they have.