Dragons Walk Among Us - Book Tour and Giveaway 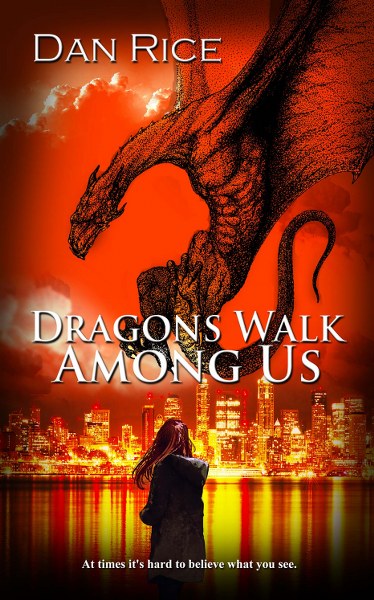 Dragons Walk Among Us
The Allison Lee Chronicles Book 1
by Dan Rice
Genre: YA Fantasy

At times it's hard to believe what you see.
Shutterbug Allison Lee is trying to survive high school while suffering the popular girl's abuse. Her life is often abysmal, but at least her green hair is savage. Her talent for photography is recognized by the school paper and the judges of a photo contest.
While visiting her friend Joe, a homeless vet, Allison's life irrevocably changes after an attack leaves her blind. All her dreams as a photojournalist are dashed as she realizes she'll never see again. Despair sets in until she is offered an experimental procedure to restore her vision. But there are side effects, or are they hallucinations? She now sees dragons accompanying some of the people she meets. Can she trust her eyes, or has the procedure affected her more than she can see?

“Debut author Rice offers an allegorical YA fantasy novel about the transformative power of self-love.

Savvy, coffee-loving teenager Allison Lee is strong beyond her years. The biracial girl faces open discrimination and also copes with her apparent abandonment by her mother, who disappeared several years ago. She’s developed a keen sense of social justice along with a skill for photography. When a mysterious stalker hits her over the head, leaving her blind, she turns to an experimental eye-surgery procedure that forever changes her view of the world. Once, Allison saw her camera as her window to the truth; now, with her naked eye, she’s able to see mythological creatures that aren’t visible to other humans and that fight to protect their way of life. Allison’s ability results in her embarking on a dangerous adventure as she discovers her own highly unusual dragon-hunting legacy. She faces mortal peril as she protects humans and other creatures from a violent, otherworldly onslaught. Along the way, she also gets in touch with her own physical and emotional resilience. Although dragons play a central role in Rice’s work, the heart of the narrative is found in simple humanity and in a celebration of differences. Throughout, characters demonstrate emotional growth as they confront their limiting beliefs about others and embrace a sense of family. The story addresses serious, socially relevant subject matter, such as discrimination, poverty, and bullying, but it’s never preachy; indeed, it has a lighthearted tone that will resonate with adolescent readers. It concludes on an affirming, heartfelt note that will leave readers thoroughly satisfied yet also curious about the future of Rice’s magical fictional world.

An inspirational and socially relevant fantasy.” 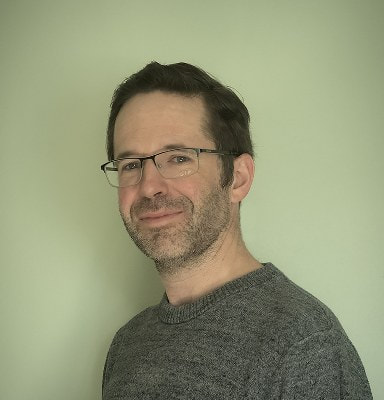 Dan has wanted to write novels since first reading Frank Herbert's Dune at the age of eleven. A native of the Pacific Northwest, he often goes hiking with his family through mist-shrouded forests and along alpine trails with expansive views.
Dragons Walk Among Us is his debut novel. He plans to keep writing fantasy and science-fiction for many years.
Website * Facebook * Twitter * Instagram * Bookbub * Amazon * Goodreads