Series Intro:
DragonMan is not your typical Superman/Batman comic-style adventure.
It is about the adventures of Luke Starr, a superhero, yes, but he is so much more than that.
These are all stand-alone adventures, He and his sisters solve crimes and mysteries. They run Starr investigations detective agency. The audience for these books range from 7-16 years old, but can still be enjoyed by people of all ages.
The amazing story of DragonMan was born at the dawn of the 21st Century, when the world, about to change forever, watched in disbelief as four passenger airliners crashed, not only into buildings and a field in Shanksville Pennsylvania but into the American certainty that the horrors of the outside world could not touch them at home.
It was into this world that a new kind of superhero emerged, one for whom the lines between good and evil are blurred. Is he friend? Or is he foe? No one knows for sure. What they do know, however, is that as a friend there is no one better. 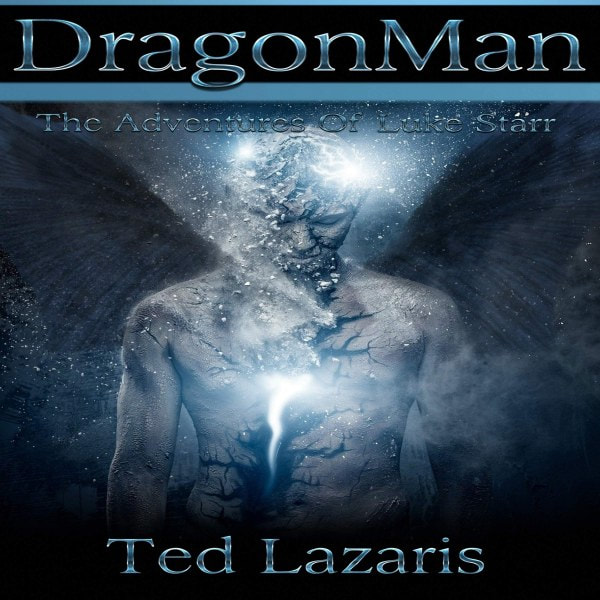 Recommended for pre-teens all the way up to an adult, who want to forget about work tomorrow and lose themselves in a great story.

The amazing story of DragonMan was born at the dawn of the 21st Century, when the world, about to change forever, watched in disbelief as four passenger airliners crashed, not only into buildings and a field in Shanksville Pennsylvania but into the American certainty that the horrors of the outside world could not touch them at home.

It was into this world that a new kind of superhero emerged, one for whom the lines between good and evil are blurred. Is he friend? Or is he foe? No one knows for sure. What they do know, however, is that as a friend there is no one better. 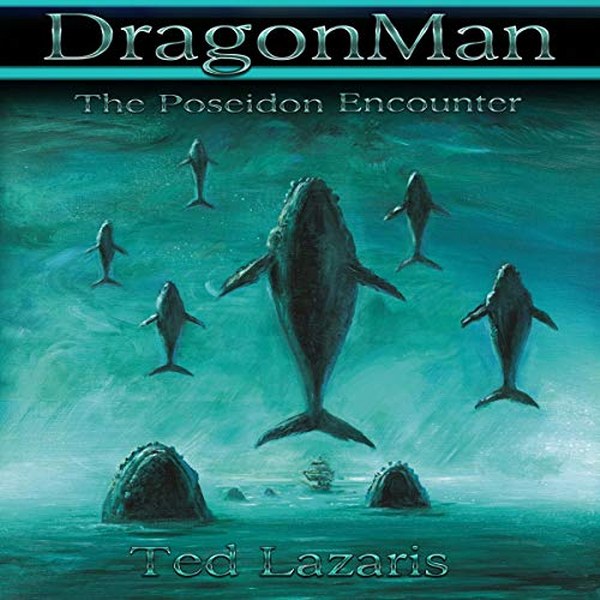 In Ted Lazaris's first fantasy adventure novel, Dragonman, the Adventures of Luke Starr, the reader was introduced to the likable Luke and his seemingly normal way of life growing up in Milwaukee, Wisconsin. Luke was portrayed as a quiet, average kid plagued by all the inherent problems of the typical American teen: dealing with a crush on a girl he's too shy to approach, pesky sisters constantly poking their noses into his business, bullies at school and exams to study for. But Luke, readers soon discovered, was burdened by a far greater weight than any of his peers, as he struggled to come to terms with his birthright as The Chosen One, savior of the distant world of Spellville. Not only that but, like hapless Peter Parker forced to juggle his complex life as Spider-Man while pursuing his love interest and his not-always-easy career, Luke had to learn to harness the enormous powers of Dragonman, his super alter-ego, a persona that regrettably did not come with an instruction manual.

In this second, action comic-like installment, Dragonman: The Poseidon Encounter, Luke seems to have come to terms with his legacy and appears well in control of his superpowers--which he will be called upon to use this time around to save the world from an evil demon who seeks to claim the souls of every human being on earth.

The mood of impending danger is set from the very first page when author Ted Lazaris takes off his gloves to delivering a knock-out of an opening scene: Five-year-old Bobby Blakely, running downstairs on the morning of his birthday, finds not the hoped-for brand new bicycle as a gift, but rather an enormous blue whale that has somehow "washed up" in the small lake on his parent's isolated farm. While many consider the whale's appearance a hoax, others believe it to be a sign of impending Biblical doom. And it is enough to rouse Luke's suspicions that worse is about to happen--which it does.

In a pace that never flags, Poseidon Encounter unfolds in a complex thread of differing tales, from an old-fashioned detective murder mystery to a science fiction fantasy, all neatly stitched together by an intriguing cast of characters, both good and evil and not-exactly-as-they-seem. An imaginative writer, Lazaris blends magic, mysticism, religion, and the fast-paced action of the comic book world into a book that fans of the first Dragonman tale will find hard to put down.

The DragonMan Series from Ted Lazaris on Vimeo. 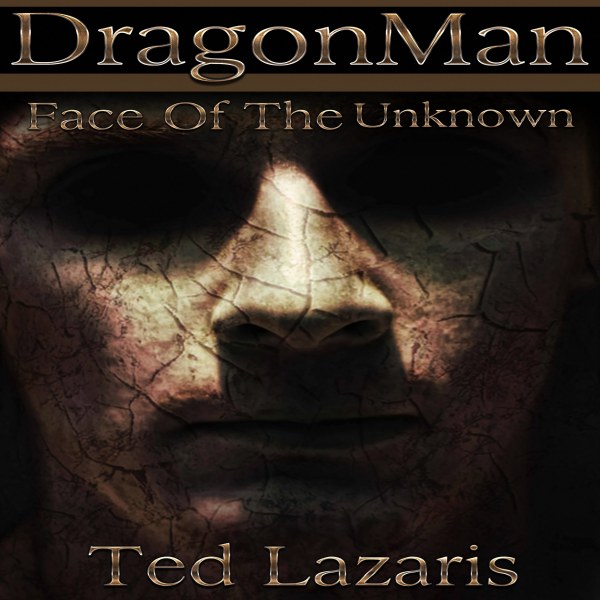 Face of the Unknown
DragonMan Book 3

This superhero fiction is all about the power of love and faith to overcome the evil that lurks in the darkness, whether we know it or not. The superhero fantasy asks the questions we’ve all asked at one point or another, was life really created the way the bible says? Or could it be that mankind as we know it is the remnant of a past civilization which once lived on another planet – or even deep below the surface of our own? This adventure tackles these questions with a good sense of unbiased investigation, and at the same time, opens our eyes to the powerful issue of ‘What If?’

One hopes and prays they will survive the night, retaining dominion over their own world. While the other will wage war in ways mankind can scarcely imagine, in a gruesome fight to end all life on Earth. The bloody heroic war to determine mankind’s fate, battles between man and beast, journeys to other worlds, the power of the mind over evil forces, and the triumph of love.

Dragonman- Face Of The Unknown Standard Quality_Small from Ted Lazaris on Vimeo. 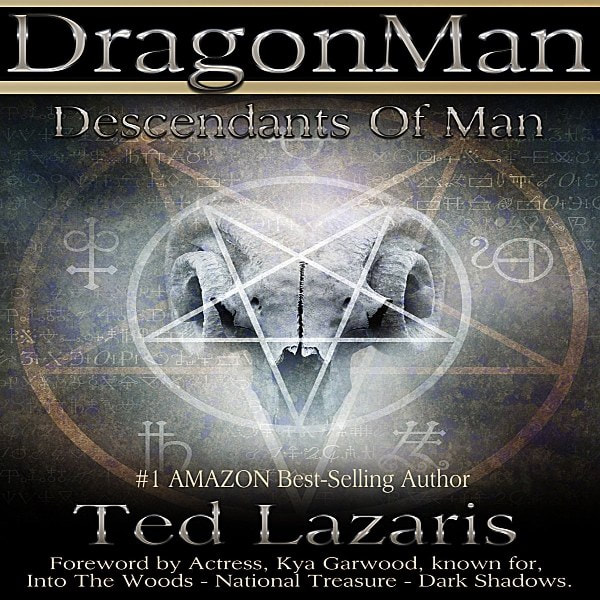 Will we survive what is yet to come? -- Those who look for the truth, already know -- those that fail to search, are lost -- but those with an open mind will soon come to know...The Descendants Of Man.

Much of the story information that was obtained to create this story is believed to be true by many people around the world -- Fact or fiction -- You decide. 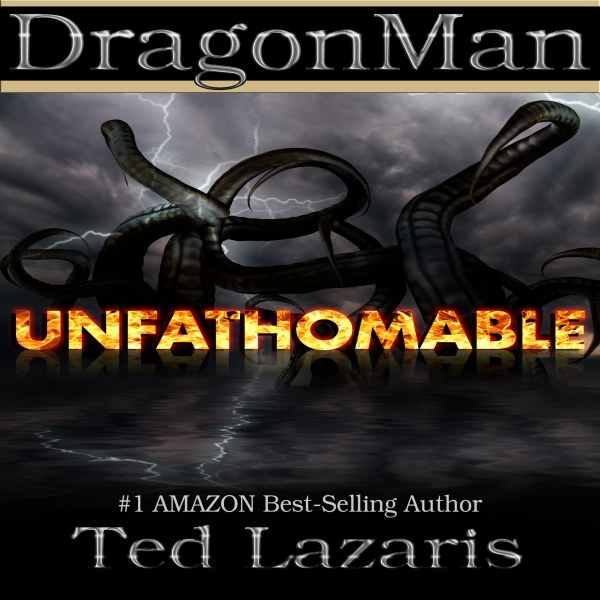 
1.incapable of being fully explored or understood.


"unfathomable mysteries"
2.(of water or a natural feature) impossible to measure the extent of.

To most people, the definition above is just a word expressing similar definitions and nothing more. But when a bizarre sequence of events draws not only the United States but every world superpower on the globe into the threat of World War III the word takes on a whole new meaning. The President is Missing... And all the world can do at this point is watch as the horror and mystery slowly begin to unravel, revealing the UNFATHOMABLE. 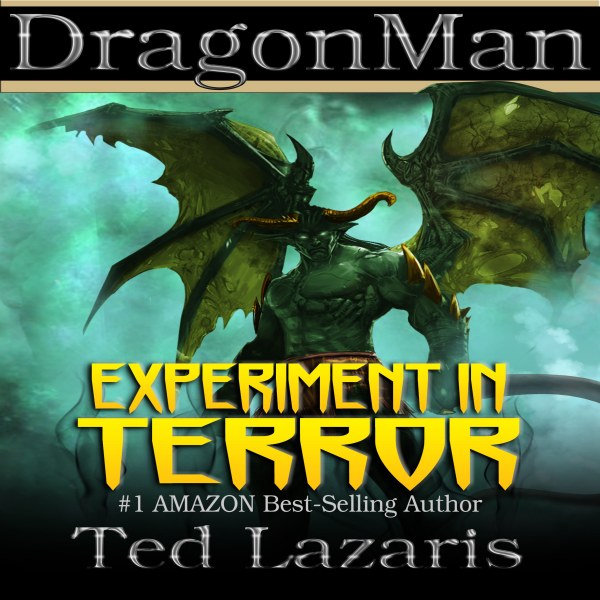 
Ten years ago, Luke discovered that he was the Chosen One of Spellville, a magical alternate dimension. He used his abilities as DragonMan to fight against the ruthless Unter. With the help of his great-grandfather Alaba and the other wizards of Spellville, Luke banished Unter into the inescapable Eon Vault. All was well.


Until a Supernova lends Unter the power to break free…
Now, the Evil One is back and stronger than ever.

Outraged by his previous defeat, Unter will hit Luke where it hurts most. Followers. Friends. Family. Kidnapping one of Luke’s sisters and his girlfriend Jenny Anderson, Unter will take one hostage on Earth, the other on Spellville. While the Dragon is distracted by his loved ones in peril, the Evil One will begin to terraform both worlds for his dying race.

Luke must make a choice: the Earth or Spellville, his sister or the woman he loves…

A cat-and-mouse game with no rewards, only consequences.
Our young hero must quickly adapt to this experiment in terror or watch his world be destroyed by a god-like being bent on revenge.

Time is running out, Chosen One. Tick tock… Tick tock… 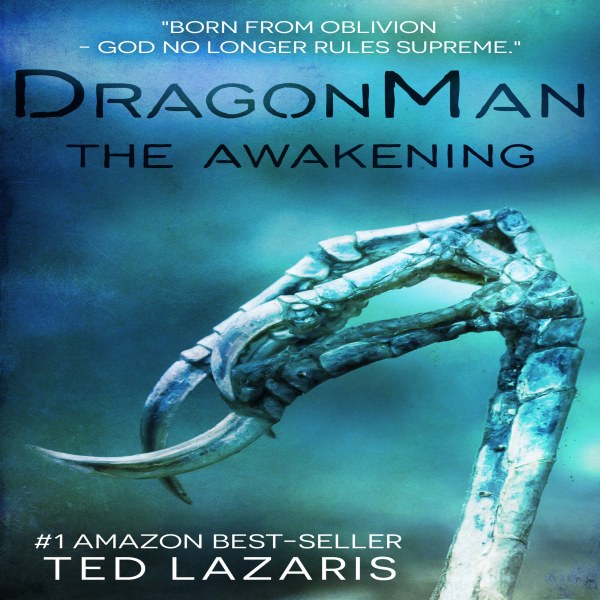 In the distant past, long before people populated the Earth, and before animals roamed the planet, something terrifying and cunning made its home in the vegetation covering the planet like a soft green blanket. Lying in wait for millions of years this species continued to evolve. Patiently crossing over and manipulating the genetic code of different species. And now, this perfect omniscient being... born from oblivion, has awakened and is ready to feed... God No Longer Rules Supreme... IT'S COMING.

Dragonman The Awakening from Ted Lazaris on Vimeo. 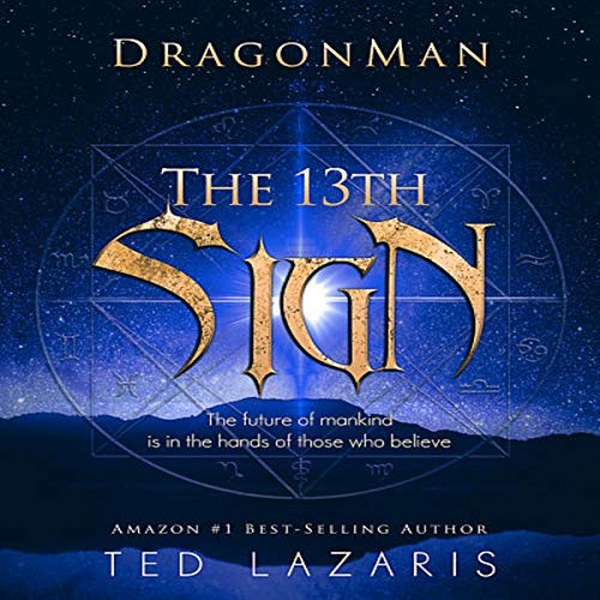 The 13th Sign is a chilling journey down a cosmic path, as ancient as creation itself. And in the final confrontation with the past, present, and future, The 13th Sign will ultimately determine if life on Earth will go on, or perish... the future is now in the hands of those who believe. 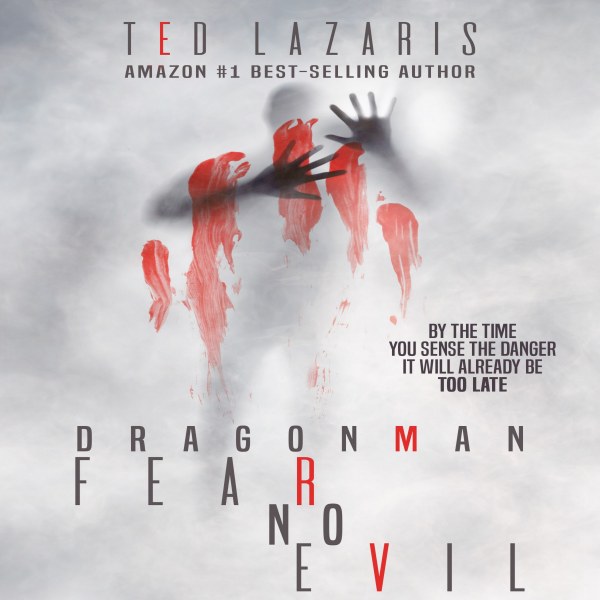 Dead bodies have been turning up all over the place, and the public is scared as hell. Eight murders in a span of six months, all committed in the same brutal manner, and still, nobody has a clue as to who this malicious killer is and the body count is rising.

Luke Starr, a private detective working out of his Milwaukee office with his two sisters, are busy with less sinister cases at the moment. He doesn't know it yet but he is the only one who can stop this relentless psychopathic killer.

When his girlfriend, Jenny Anderson, a reporter, gets too close to the truth she finds herself in mortal danger.
She quickly enlists the help of her boyfriend Luke Starr and Homicide Detective John Logan to not only catch this psychopathic genius, who is always one step ahead of everyone else but to keep her alive for the biggest story of her career.

As the clues unfold, Luke discovers not everything is-as-it-seems. And what appears at first to be a serial murder spree might just be the beginning of the end of the human race. Can Luke discover the truth before it's too late? Time is running out.

Ted Lazaris · In That Gentle Moment 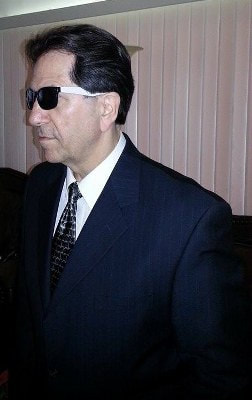 As, author of the DragonMan Series I would like to share with you, my lifelong struggle with dyslexia.

I have always struggled with the problem. In school, it was always terribly difficult for me to read what was right in front of me. And reading, writing, and spelling still to this day remain difficult for me. One thing I've learned despite having this learning disability, I can accomplish my goals, if I don't, get overwhelmed by the big picture... I just take things one step at a time.

DragonMan: Face Of The Unknown, authored by Ted Lazaris, who created DragonMan and wrote the series of novels, has accomplished the amazing feat of debuting at NUMBER #1 on AMAZON KINDLE, ahead of David Baldacci and James Patterson novels.