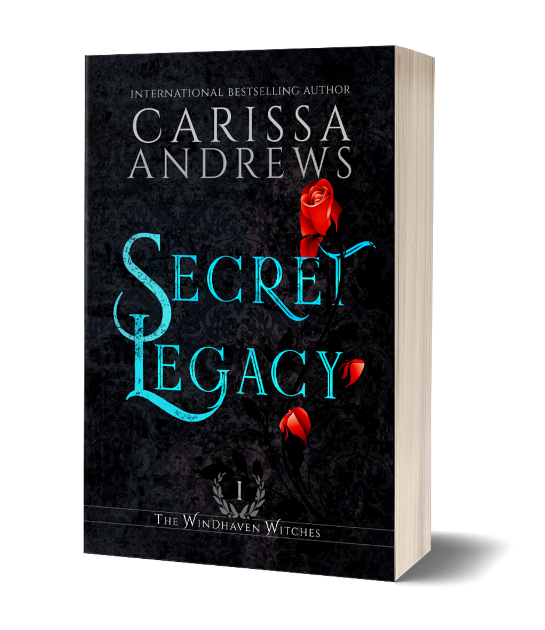 Nestled in the woods of Windhaven, Blackwood Manor waits to unleash a dark and deadly legacy…

When Autumn Blackwood shows up at Windhaven Academy for the Witching Stick Orientation, she hopes to find out what dormant powers she could possibly possess to have been accepted to the elite supernatural school. Instead, the academy is in chaos as everyone frantically hunts for two missing girls.

But as school begins with Autumn no closer to figuring out her powers, strange occurrences start to follow her everywhere. Even at home, Blackwood Manor keeps many secrets, and Autumn can’t escape its haunting past.

New friends urge her to learn more about her family’s history in order to unlock her powers and make sense of what’s happening at Blackwood Manor, but Autumn’s not so sure. Once an accident brings Autumn face-to-face with death, however, she realizes her gifts are tied to a legacy that can either save or doom them all… 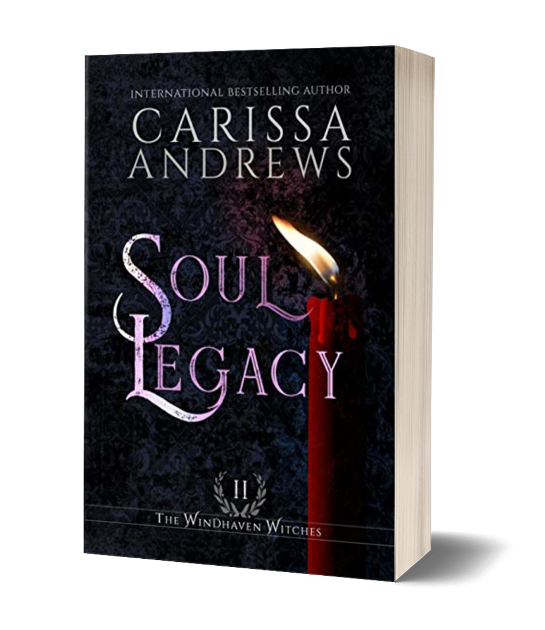 Turns out being the town’s only necromancer could pose some problems when the dead won’t stay dead.

The new semester of Windhaven Academy is about to start, and already Autumn Blackwood’s life is in jeopardy. Rumors are swirling around the school that Autumn and her boyfriend are raising the revenants, and Autumn worries they might be right.

What if the resurrection she performed last semester wasn’t as successful as she thought? What if she really is the cause of the dead returning to life?
Soon, Autumn and her boyfriend find themselves in the center of a supernatural federal investigation that could land them both in prison—or something far worse. And if Autumn doesn’t find out what’s really behind the soulless scourge quickly enough, everyone she cares about could be next on the death toll.

Soul Legacy is a harrowing and suspenseful supernatural mystery for fans of heart-thumping paranormal tales! Fans of Joe Hill and Kelley Armstrong will love The Windhaven Witches by Carissa Andrews! 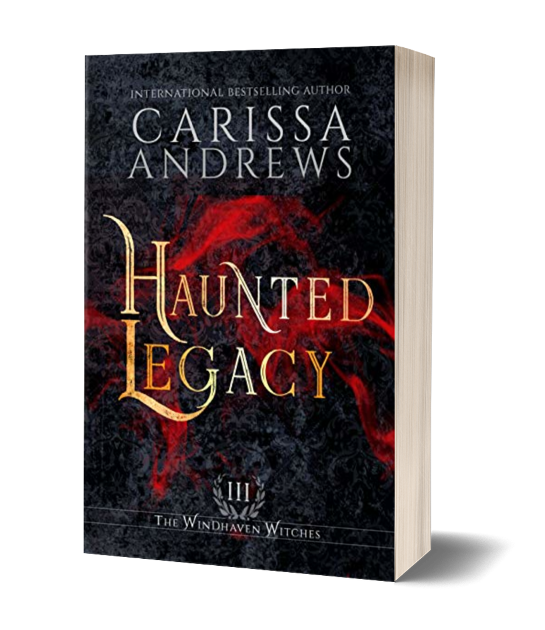 Being haunted by ghosts isn’t unusual for Autumn, but this time it’s someone she didn’t think was dead.

Autumn’s world is a life of ghosts, death, and destruction. The last thing she wants is to be the cause of her boyfriend’s early demise. Especially when she’s already been warned by the Angel of Death to stay away from him. So, to keep Wade safe, there’s only one thing to do: end it.
But of course, fate doesn’t let them off the hook that easy. Thrust together for a school project, Wade is put right in the line of fire when an unexplained, and surprisingly violent, haunting erupts at Blackwood Manor.
To figure out how to stop it, Autumn has to communicate with the spirit, but it will do anything to protect its identity. The deeper Autumn digs, the more sinister the truth becomes. Devastated and vulnerable, Autumn has to face the facts and find a way to end the ghost’s deadly attacks. Otherwise, both she and Wade will become the ghost’s next victim.
Haunted Legacy is the third installment of the Windhaven Witches series – a spine-tingling supernatural suspense series that will have you questioning everything you think you know! Fans of Deborah Harkness, Kelley Armstrong, and Anne Rice will love The Windhaven Witches by Carissa Andrews! 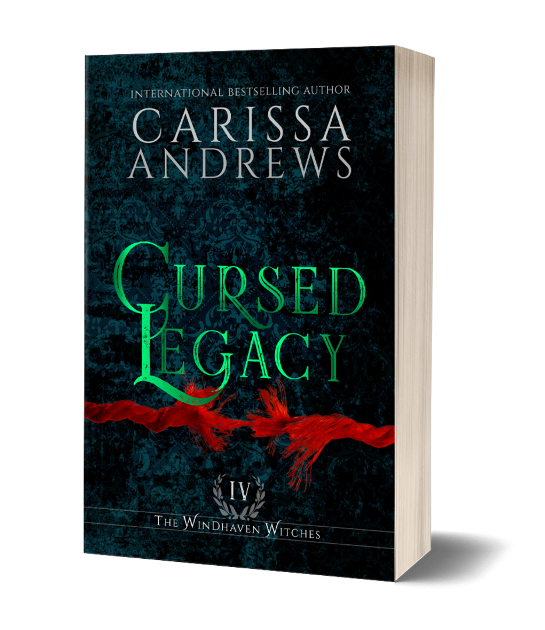 How do you break a family curse set by the Fates themselves?

The Blackwood family curse is closing in on Autumn. No matter where she goes, the tattered red threads of the Moirai follow her. It’s only a matter of time and she’ll join the early grave of so many Blackwoods before her. What’s worse, the curse is expanding and threatening to take more lives.
Expelled from his birthright for loving a necromancer, Wade is now a completely mortal—and vulnerable human. If he dies, there’s no coming back because not even Autumn can save him when fate and death conspire.
After an eye-opening revelation, Autumn realizes everything about her crazy, supernatural life has been built on a lie. And that lie is about to wipe out her entire lineage forever. With time running out, will Autumn find a way to appease the Fates and break the curse? 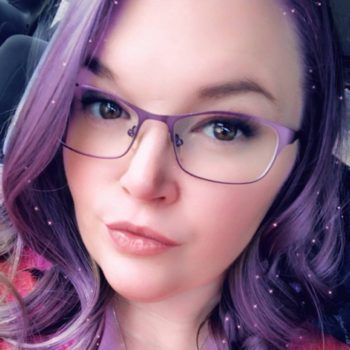 "An author emerges from the depths of Minnesotan waters. Sci-fi/Fantasy is my pen of choice."

Carissa Andrews is an internationally bestselling author from central Minnesota who writes a combination of science fiction, fantasy, paranormal romance, supernatural thriller, and dystopia. Her plans for 2020 include launching the paranormal\supernatural thriller series: The Windhaven Witches.

She keeps sane by chilling with her husband and five kids, playing with art in its various forms, seeking out mysteries, and being an occasional meditation and reiki badass.

You can learn more about Carissa and her upcoming books by visiting her website: www.carissaandrews.com