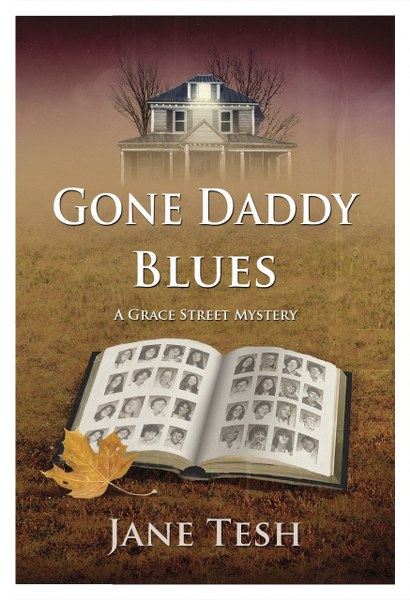 Discouraged by a recent deadbeat dad case, PI David Randall wonders if he should close the detective agency he operates from his psychic friend Camden's boarding house at 302 Grace Street in Parkland, North Carolina. But Doreen Padgett, a scrappy teen, convinces him to find her useless father, Arliss.  Arliss and Doreen's mother have divorced, and Doreen wants the man to pay what he owes her family. It's another deadbeat dad, but Randall agrees to take the case.
When policeman Jordan Finley comes to Grace Street with a blouse he wants Camden to touch, a blouse that belongs to the victim of a suspected serial killer, a man with a bizarre fondness for blond hair. Camden has a serious reaction to the blouse, but can't see anything that will lead to the killer except a hatred for a woman named Margaret.
Despite Cam using an accident as an excuse not to be psychic, Randall finds a connection to Margaret, Arliss, and the serial killer. All of them plan to attend an upcoming high school reunion, the same reunion Cam’s wife Ellin is looking forward to. Randall has to find the killer, especially since he realizes that except for himself, everyone who lives at 302 Grace Street is blond.
Gone Daddy Blues is the seventh in the Grace Street Mysteries, the continuing adventures of the family and friends who live at 302 Grace Street. 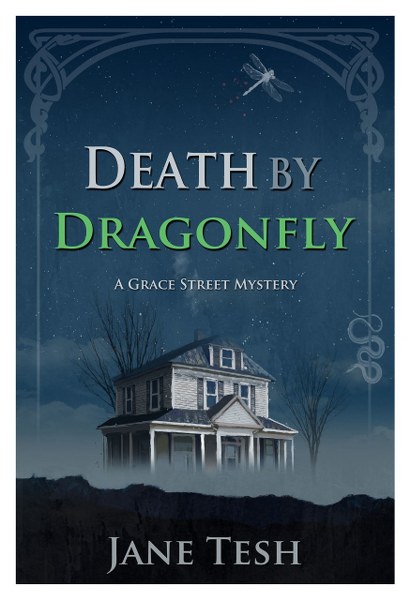 "The mystery plot is convincing and motives abound, but the vivid characters are the main draw, in particular the wryly observant Randall, who narrates the story with verve. Fans of cozies with a paranormal twist will be rewarded." —Publishers Weekly
Flamboyant actor Leo Pierson's Art Nouveau treasures have been stolen, including a one-of-a-kind Lalique glass dragonfly he claims is cursed. David Randall, 302 Grace Street's private eye, agrees to recover the valuables before he realizes murder has raised its ugly head in the Parkland art community. Samuel Gallant of the museum board is missing, until Randall and his landlord/consultant Camden find Gallant's body stuffed in a museum closet. When another board member suffers a fatal accident and the art critic for the Parkland Herald is attacked, Randall suspects the stolen dragonfly is indeed cursed. He investigates Richard Mason, curator of the Little Gallery, whose artwork consists of ugly mechanical sculptures, and Nancy Piper, finance manager at the Parkland Art Museum.
Meanwhile, Camden struggles against psychic visions he's had since birth, taking pills to limit sudden intense visions. His wife, Ellin, fends off Matt Grabber, a television celebrity healer threatening to take over her Psychic Service Network and using his two large pythons to emphasize his bid. The pythons take a liking to Camden, upping his stress level, while he takes more pills hoping his visions—and the snakes—disappear. Kit, a new tenant at Grace Street, is a young rock star who is also psychic. As Camden becomes more addicted, Kit becomes an early warning system, alerting Randall to the next attack.
Randall works to solve the murders, find the jeweled collection, help Cam, deter Grabber and his pythons, romance the young lovely Kary, and avoid stray curses. A spirit on the Other Side surprisingly requests his help, a spirit with ties to the stolen pieces of Art Nouveau. 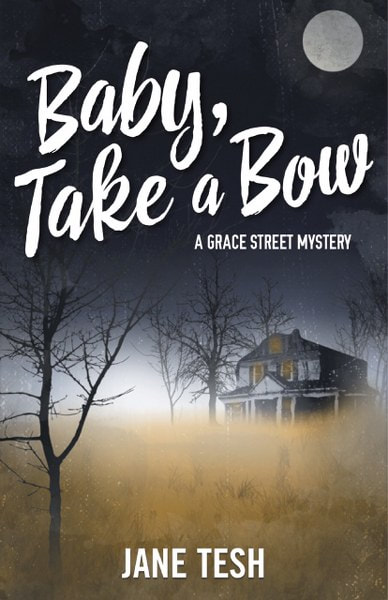 "...readers seeking a cozy, feel-good mystery will enjoy this outing to Grace Street. The delightful characters navigate their worldly and otherworldly challenges with affection and humor, and Tesh maintains a whimsical tone that doesn't detract from the serious subject matter."
—Publishers Weekly
Camden's friend Rufus Jackson receives a letter from his ex-wife, Bobbi, and he's surprised to learn he's the father of a baby. When Bobbi is found murdered in her home and her baby stolen, Rufus becomes suspect number one. PI David Randall immediately takes the case.
But Randall is almost sidetracked from the case by a series of what appears to be never-ending favors. When he takes his friend Cam to the Carlyle House to sing for a concert, Cam encounters Delores Carlyle, a troubled spirit trapped inside a huge mirror, who wants to see her daughter, Beverly, one last time. Beverly Carlyle will come to the house on one condition: that Randall find a home for her surly teenage son, Kit, and a band for her obnoxious daughter, Frieda. Kit is welcome at 302 Grace, but to secure a spot for Frieda, Randall has to get a local girl group a gig at a local nightclub. The owner agrees, if Cam will pose as a teenager and spy on a rival club. Cam agrees if Randall will take him to Green Valley to answer some questions about his past. And another ghost is haunting the hot dog restaurant, refusing to talk to Cam.
In addition to the tangle of deals, Randall has to contend with Rufus being hell-bent on revenge, the return of Cam's telekinesis, and growing concern that if the baby—a girl named Mary Rose, as it turns out—is found, Rufus, might not want to keep her.
But where is Mary Rose? 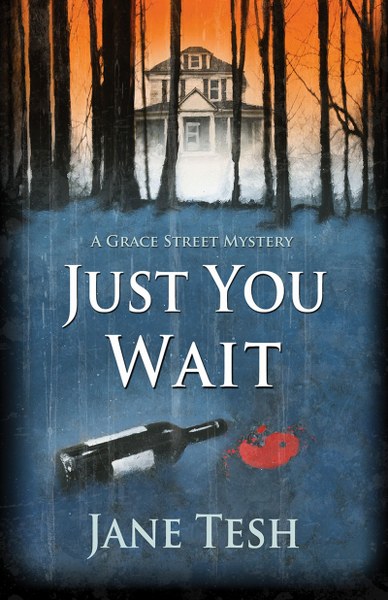 David Randall, a private detective short of work, invites his psychic friend Camden into a case. Miss Viola Mitchell, an aging local actress, has recently been reported missing. The Parkland PD's Jordan Finley objects to the pair inspecting Viola's home, claiming the police don't need their help. Moments later, despite the array of birds and cats perfuming the residence, Cam advises Finley, "Check the basement."
Viola is neatly planted there in a square of dirt. Who would kill her? Why? Are others targeted? Is a local performer twisted by jealousy? Could a role in a Parkland Little Theatre production have caused her death? Cam goes undercover at the theater while rejecting demands from his fiancée that they marry this month. His psychic gifts have expanded to levitate objects. He fears for their children. She wants to put him on television.
Meanwhile, a new Grace Street client, owner of popular BeautiQueen Cosmetics, is searching for her arrogant, absconding partner. Randall tracks him to Clearwater, Florida, and soon finds himself chasing shoplifters stealing pharmaceuticals and helping a jazz musician woo his woman while failing to woo his own love, Kary. Will Randall and Cam piece all this together? 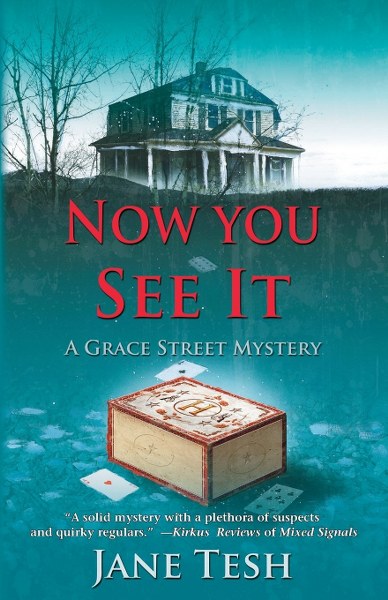 Who is audacious enough to steal an antique box once owned by Harry Houdini? This collector’s treasure, skillfully hidden in the local Magic Club— a nightclub where magicians perform—is not merely an old theatrical prop. It is the prize in a contest that promises to jump start a magician’s career. At least that’s what Taft and Lucas Finch hoped before their prized possession was stolen. Private investigator David Randall is already busy searching for socialite Sandy Olaf’s missing diamond bracelet when he begins the search for Houdini’s box. But instead of finding the valuable box, Randall finds Taft murdered, his body locked in a backstage trunk. The magical world is brimming with jealous suspects, less successful magical competitors, romantic rivals, business conflicts, and festering hurts from long ago. Randall’s friend Camden is concerned with losing his voice, his girlfriend Kary insists on being a magician’s assistant, and Cam’s girlfriend Ellin has to deal with the overbearing Sheila Kirk, wife of a potential sponsor, who insists on hosting the Psychic Service Network’s programs.


Warned away from interfering in a police homicide investigation, Randall focuses on finding the box, searching for a missing diamond bracelet, and handling the crises embroiling his unique housemates in their rambling home on Grace Street. It will take a stroke of magic to connect the interlocking circles of these crimes. 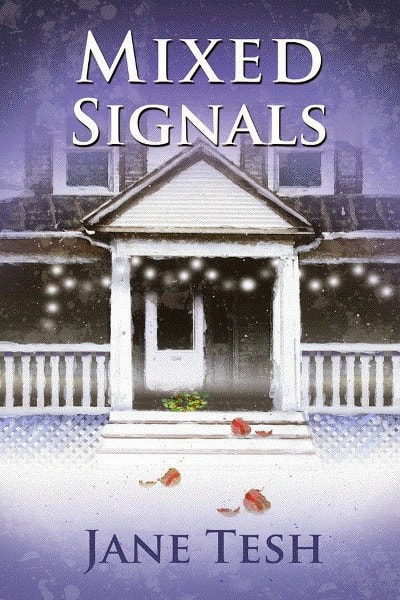 "A solid mystery with a plethora of suspects and quirky regulars."—Kirkus Reviews

It's Christmas in Parkland, North Carolina, and PI David Randall is looking forward to his mother's visit, even though he knows she'll want to talk about his daughter, Lindsey, who died in a car accident. Further dampening the season's cheer, his psychic friend Camden has harrowing flashbacks to a murder: Randall and Camden found Camden's friend Jared Hunter brutally stabbed. Among the suspects is Boyd Taylor, Randall's client. Jared had served time for breaking into the Parkland Museum of History. Bert Galvin, son of the editor of the Parkland Herald, was also involved.
And what of the inept superhero, the Parkland Avenger? The Superhero Society of Parkland insists the Avenger isn't one of them. Are these things all somehow related? 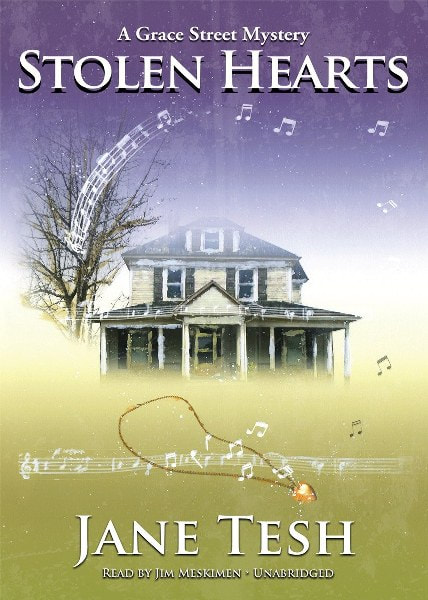 David Randall's perfect family life came derailed when his little daughter Lindsey died in a car crash. Thrown out by his second wife and wanting to leave a dead-end detective agency to start his own, he reluctantly accepts his psychic friend Camden's invitation to stay in Camden's boarding house in Parkland, North Carolina.
Meanwhile, working the case of the murder of Albert Bennett, Randall's only clue is a notebook filled with odd musical notation. When another client, Melanie Gentry, hires him to prove her great-grandmother was murdered by her lover, composer John Burrows Ashford, over authorship of "Patchwork Melodies," Randall sets out to find a connection to Bennett's murder, as well as to the murder of a Smithsonian director, who was preparing a new PBS documentary on early American music.
Randall's investigations lead him to another notebook, where he finds not only "Two Hearts Singing," Ashford's most famous song, but a valuable early copy of Stephen Foster's "Oh! Susanna," hidden in the cover. But things become more complicated when Ashford's spirit parks itself in Cam...and refuses to leave until Randall proves Ashford's innocence. 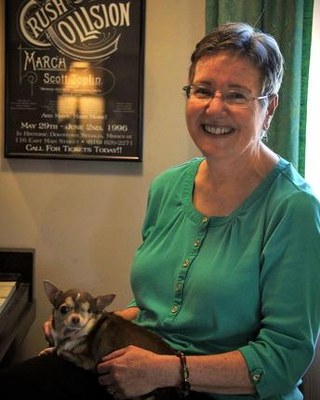 Jane Tesh lives and works in Mt. Airy, North Carolina, Andy Griffith's home town, a real life Mayberry. She is a retired media specialist and the author of ten mystery novels, three fantasy novels, and over thirty plays for children. When not writing, Jane plays the piano for productions at the Andy Griffith Playhouse.