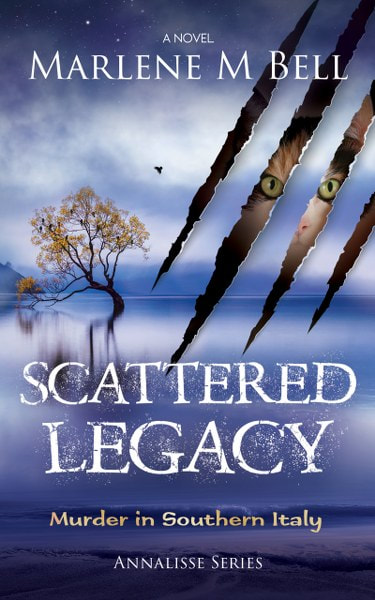 When Alec schedules an overseas trip to show Annalisse his mother's birthplace in Bari, Italy, he squeezes in the high-stakes business of divesting his family’s international corporation. But things go terribly wrong as murder makes its familiar reappearance in their lives – and this time it’s Alec’s disgraced former CFO who’s the main suspect.

Accompanied by friend and detective Bill Drake, Annalisse and Alec find themselves embroiled in a behind-closed-doors conspiracy that threatens the reputation and legacy of Alec’s late father – linking him to embezzlement, extortion, and the dirty business of the Sicilian Mafia. The search for the truth sends the trio straight into riddles, secrets, and an historic set of rosary beads. Annalisse leads Alec toward a discovery that is unthinkable, and events that will change their futures forever. 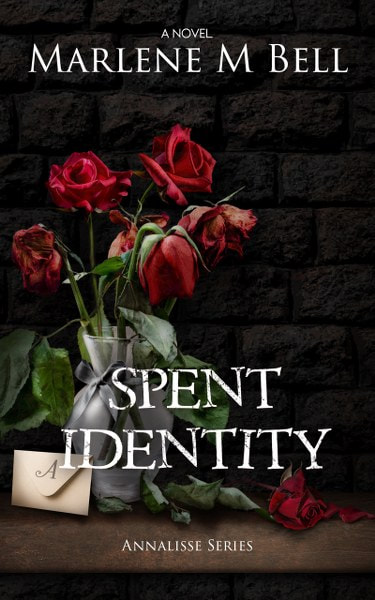 To find her missing aunt, she has to unearth the secrets of the past. But lies and deceit run though the very heart of their town…

What started out as a promising relationship with adventurer and tycoon Alec Zavos has fizzled into an uncertain future for antiquities expert Annalisse Drury. Returning to Walker Farm in Upstate New York to see her Aunt Kate should have been a welcome homecoming and distraction. Instead, she finds the childhood home she expected to inherit is for sale, without her permission. What’s worse, Kate’s ranch manager makes a gruesome discovery in the barn: the body of an unidentified man, dead by foul play.

Annalisse turns in Alec’s direction for help. She and her aunt shelter on his estate in the Catskills while the authorities canvass the scene. But when Kate herself disappears without a trace, Annalisse fears the worst: that one of the many secrets of her hometown has ensnared her family—a secret someone is willing to kill for to keep hidden. 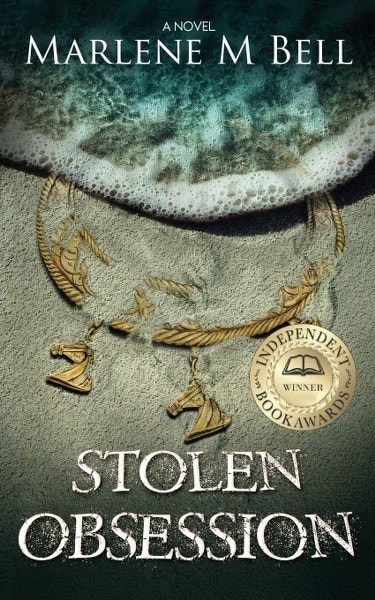 People die, but legends live on.

New York antiquities appraiser Annalisse Drury recently lost her best friend to murder. The killer’s identity may be linked to her friend’s expensive missing bracelet—a 500-year-old artifact that carries an ancient curse, one that unleashes evil upon any who dare wear the jewelry created for the Persian royal family.

Weeks later, Annalisse sees a matching necklace at a Manhattan gallery opening. She begs the owner to destroy the cursed piece, but her pleas fall on deaf ears—despite the unnatural death that occurs during the opening. With two victims linked to the jewelry, Annalisse is certain she must act.

Desperate, Annalisse enlists the gallery owner’s son to help—even though she’s afraid he’ll break her heart. Wealthy and devastatingly handsome, with a string of bereft women in his wake, Greek playboy Alec Zavos dismisses Annalisse’s concerns—until his parents are ripped from the Zavos family yacht during their ocean voyage near Crete.

Annalisse and Alec race across two oceans to save his mother, feared dead or kidnapped. When the killer changes tactics and goes after Alec behind Annalisse’s back, can her plan to rescue Alec’s mother save them all?

Hold on for a heart-thumping, thrilling adventure through exotic lands in this fast-moving romantic suspense mystery by Marlene M. Bell.

"An irresistible page turner and a successful melding of thriller and romance. With a splash of international adventure and plenty of surprises, Stolen Obsession is an entertaining read and a great beginning to the Annalisse Series."
-- Self-Publishing Review, ★★★★½ 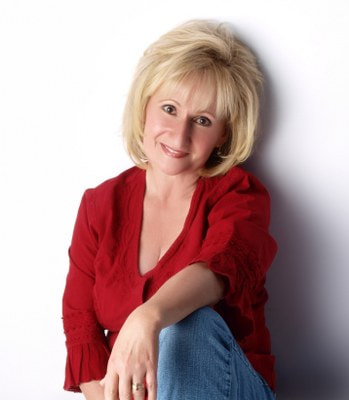 “Mystery at a killing pace”

Marlene M. Bell is an award-winning writer, artist, and sheep breeder who resides in beautiful East Texas. Her renown sheep photographs grace the covers of many livestock magazines.

The third book in the Annalisse Series releases in 2021. Scattered Legacy is an international mystery with light touches of romance. Stolen Obsession and Spent Identity, books one and two, received numerous awards including the Independent Press Award for Best Mystery in 2020. Her mysteries can be found at marlenembell.com.

Marlene also writes children's books. Her first children's picture book, Mia and Nattie: One Great Team! is based on true events with Natalie from the Bell’s ranch. It's a touching story of compassion and love between a little girl and her lamb. Mia and Nattie is honored to be a Mom's Choice Gold Award winner.

Marlene shares her life with her husband and a few dreadfully spoiled horned Dorset sheep: a large Maremma guard dog named Tia, and cats, Hollywood, Leo, and Squeaks. The cats believe they rule the household—and do. 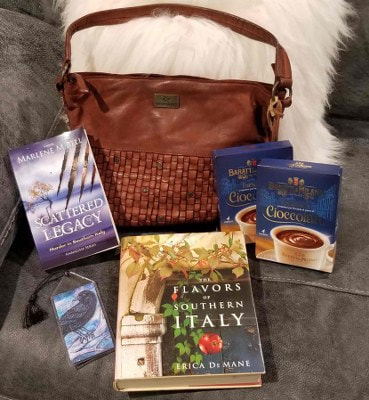 3. Boxes of Hot Chocolate Mix made in Italy

7. VISA Card worth $50 US. (Actual card to be included with other items)

VALUE OF grand prize GIVEAWAY $225 US.