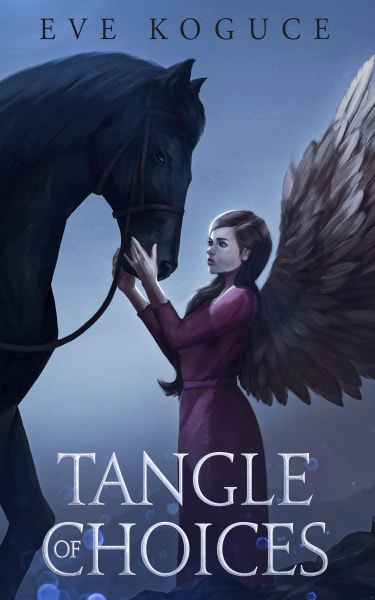 “Tangle of Choices” is a futuristic fantasy drama novel.

The two different worlds have made the first diplomatic steps towards each other, but at the same time they keep aloof from closer emotional and personal involvement.

Tauria is the only person who is a part of both worlds now.

Harsh circumstances force Tauria to face difficult choices. They lead to personal drama which mercilessly pierces right through her established life. Tauria, guided by a sense of duty to people whose fate depends on her decision, risks her love and family life. Her husband Doron, despite being a person endowed with power as the future Ruler, cannot help his wife and share her burden.

Tauria, in pursuit of a noble purpose to keep their serene life style intact, hurts those who are important to her, testing her friendships, marriage and own sanity to the very core.

Will her choice turn out to be the right one? Will the fact that the sacrifice is justified be sufficient consolation when the whole extent of damage becomes evident?

As part of her crusade against hostility aimed to destroy the carefree lifestyle of both worlds, Tauria is forced to cooperate with an aggressor. Tauria faces the unknown, and the discoveries she makes change her view of the world.

“Tangle of Choices” is the second book in Neglected Merge series, but it can be read as a standalone novel. 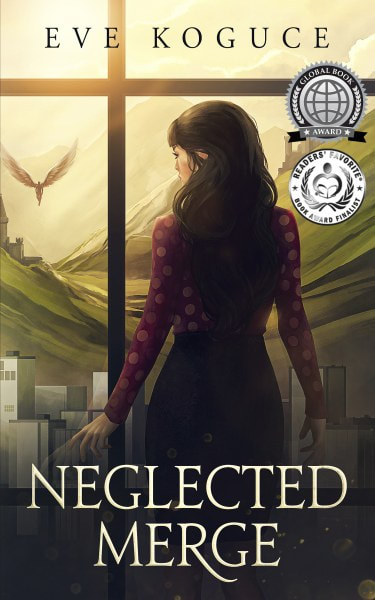 **Silver medal in the 2021 Global Book Awards in the Science Fiction / Fantasy category;

The story of fated lovers developed against a backdrop of a new post-apocalyptic world painted in bright tones. A fortuitous meeting of Tauria, an independent woman living in one utopian-style world, and Doron from high society of the other world, is destined to be the new beginning for both worlds.

Tauria, aged 32, lives in the society that seems to believe that happiness is a universal concept. People, who had survived the near apocalyptic experience, have built a whole new world full of pleasure and easiness. It is designed to make everyone feel happy every minute of their lives. Work brings satisfaction, hobbies are encouraged, relationships are supposed to bring out only positive emotions. Does it matter that things that don’t fit into the general happy pattern get discarded and disappear? Things like friendship and commitment. Things like true love. It is supposed to be enough with lightness and never-ending joy.

But there are two worlds now. They are forced to exist side by side. Can they find a way to live together? The Chinese proverb says: “When the winds of change blow, some people build walls and others build windmills.” What will the people of two worlds, so utterly different and at the same time so similar, choose?

“Neglected Merge” won a silver medal in the 2021 Global Book Awards in the Science Fiction / Fantasy category. It also received a finalist award in the 2021 Readers’ Favorite International Book Award Contest in the Fantasy General category.

Eve Koguce has been in love with books for as long as she remembers herself. The typewriter her first attempts at writing had been made at still sits proudly on its shelf in the basement. After fifteen years spent trying to fit into the office work pattern, Eve Koguce had decided to pursue her dreams and turned to writing.

Eve Koguce lives on the coast of the Baltic Sea with her husband, her son, and their exceedingly charming ginger cat. She loves nature, history, and literature. Her hobby - and a childhood dream that came true - is horse riding.