Of Knights and Wizards - Book Tour and Giveaway 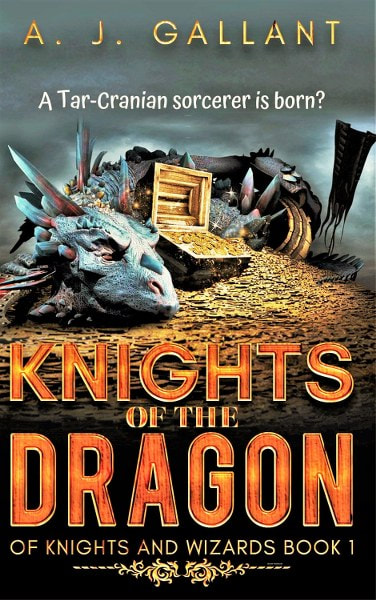 Knights of the Dragon
Of Knights and Wizards Book 1
by A.J. Gallant
Genre: Epic Fantasy

In a fantasy land full of knights, dragons, kingdoms and wars, a boy is transformed into a sorcerer before his time.

To save his kingdom he must learn fast, but not a single spell has worked for him. As he sleepwalks, he conjures, driving people away from him and even transforming his father - the king - into a chicken. It might be too dangerous for King Darrius to allow his son to remain in Leeander.

He’s a Tarcranian Wizard of the highest power, and distracted enough without a female to grab his attention. But Raina's beautiful face captures him, and after Marcus befriends one of the dragons, she discovers his quandary.

And so the adventure begins. 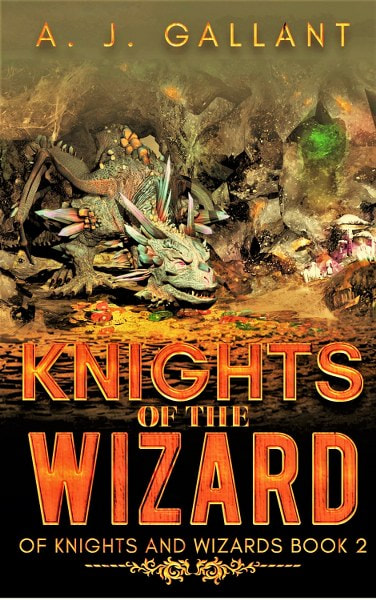 Knights of the Wizard
Of Knights and Wizards Book 2

Young Marcus is trying hard to become a respectable sorcerer, but he's failing miserably... and casting spells while he sleepwalks doesn't help either. But will he really be banished from his own kingdom?

Meanwhile, a grey dragon awakens from a four-hundred-year nap and discovers that there is a new and powerful wizard in existence - and that he just might be a danger to him. Ash must be killed.

With the Dwagord residing on the other side of the mountain range, never before able to venture into Leeander's part of the world, their wizards have finally blown their way through the mountain, and are planning to conquer everyone and everything. But to the Dwagord, this new land is as puzzling as it is fascinating, with much more magic than exists in their homeland. 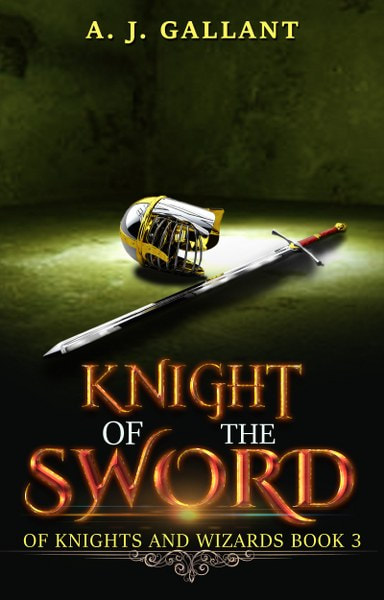 Knight of the Sword
Of Knights and Wizards Book 3

Marcus still hasn’t mastered his powers, he’s not the suave and in control wizard he would like to be. Now poor Marcus is now contending with courting and try as he may, is fumbling around in the dark, trying to win his lady’s favor. How long will Raina wait for his full attention? Is she being too demanding? Marcus has been warned that he must find and keep the Staff of Herding, a powerful magical tool for its owner out of the hands of three dark sorcerers. But is it too late? Who is the guardian that protects this staff? How can anyone get past such a powerful protector who has hidden it away deep where no one would dare to look.

Meanwhile, in a dragon cave, a young and powerful dragon wizard is growing into his powers, but what does he have to do with Marcus? In a world filled with magic, will their paths cross again? A powerful sword, that can only be handled by the pure of soul has become a quest for Princess Alexa as she sets off on a deadly quest to retrieve this sword and bring it home as a gift. Can the sword help win back the stolen staff? Will Marcus finally come into his own and get a handle on his magic or will evil overtake the world? 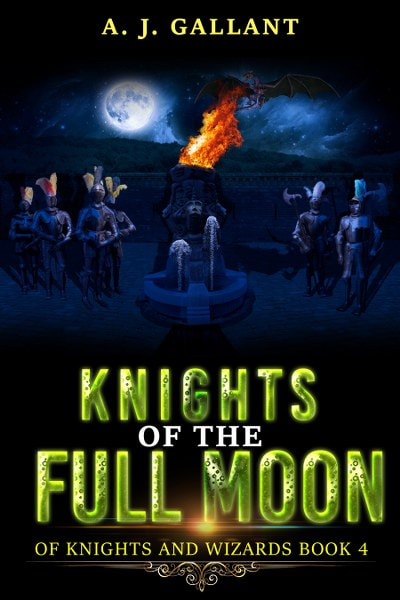 Knights of the Full Moon
Of Knights and Wizards Book 4

"A.J. Gallant is back and Knights of the Full Moon has got to be right up there as one of his best medieval fantasies to date."

Who will be transformed into a new sorcerer? Who will perish?

The source of magic is releasing an excessive amount of magical ingredients into the world with dire consequences. Never before seen monsters, dragons with no wings and whales floating up and out of the sea. Marcus and his dragon friend who's also a sorcerer tried but failed to contain the source.
What will happen to this magical world now?

An epic fantasy of sword and sorcery, medieval adventure, romance, and magic. Sprinkled with humor. Arthurian with lots of twists and turns. Ever changing enchantment makes life a complicated affair. 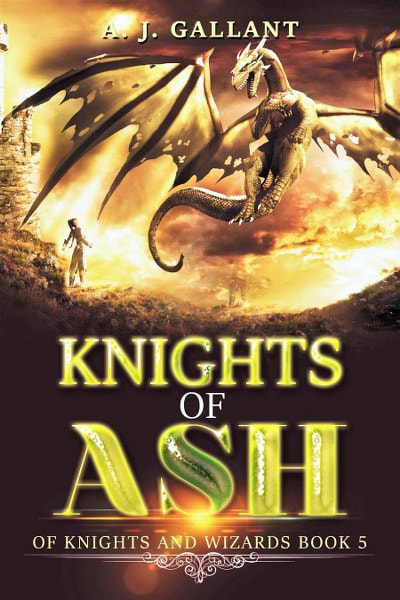 Knights of Ash
Of Knights and Wizards Book 5

Dragon fantasy and romance collide in this series of a coming of age wizard and his many trials and tribulations of suddenly being thrown into the wizarding world. A medieval world of dragons, wizards and wizards and of course knights. Did I mention talking dragons? And one dragon in particular that bonds with Marcus which is unheard of in this land. A wonderful series of great and unpredictable adventure.

Marcus always thought that dragons were at the top of the food chain, but crunchers are moving into the area and they kill dragons. The Tar-Cranian Wizard cannot imagine his land without dragons, but even the sorcerers, including Raina and Ash may have enough experience to stop them.

And Marcus must journey to the Upside-Down forest to replenish his magical ingredients, but at more than five hundred leagues away the chances of returning are not good.

Meanwhile, a hunter named Shaun has eyes for the woman that lives across from him, but his father is ready to sell her. 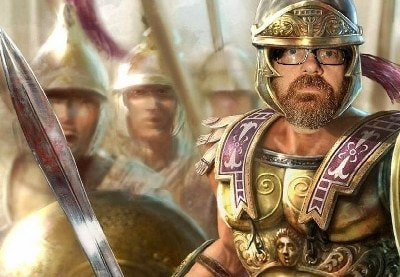 A. J. Gallant is the best selling author of several books, including Knights of the Dragon (of Knights and Wizards series) and Dracula Hearts series, the first book in the series is Dracula: Hearts of Stone.

Detective Olivia Brown Mysteries is also gaining in popularity. (Anita's vacation in New York City ends tragically when she's killed in Central Park, but instead of the end, it's only the beginning. Her soul remains at the scene trying hard to process what happened. There are other ghosts that don't seem to be much help. And,of course, the new reality of being a ghost does not sit well with Anita.
What is she supposed to do now?)

The author has two cats that make him rise at 5 each morning to keep him on his toes.