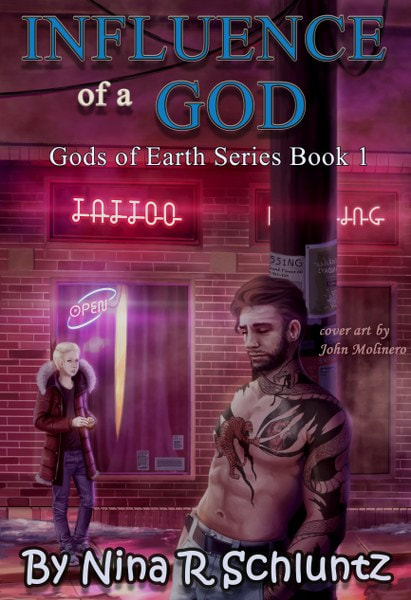 Jesse has a type-the heartbroken. He doesn’t hide this fact, he’s even tattooed a damaged heart on his chest. His partners love the people who left them, which means there’s no fear of them getting attached to him. He showers them with the affection they have been deprived of and in return, he gets no string attached hook-ups.

No matter what Jesse does, when he gets drunk, its always Ben’s porch he ends up on. Which is fine, because Ben is still deeply in love with his ex-wife, even though she’s already remarried.

It might have all stayed fine, if Ben hadn’t met Cooper, the twelve-year-old stepson of Ben’s ex. He knows things he shouldn’t. He has a weird quirk of disappearing for hours. He even predicts future events with uncanny luck. And Cooper has a plan for Jesse. He wants himself and Ben’s daughter to live with Jesse and Ben. Which is a problem, because Jesse doesn’t do relationships.

To Cooper that just means Jesse needs to learn things the hard way. 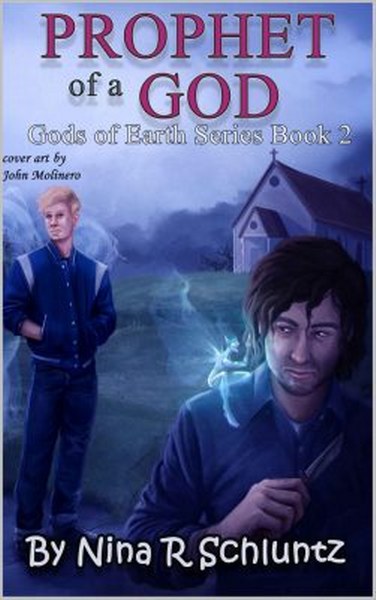 Prophet of a God
Gods of Earth Series Book 2

Isaiah has heard voices in his head his entire life, so it’s ironic when his brother declares that he has been chosen as a prophet for a god. Isaiah assists his brother in his search for the messiah and quickly discovers the god chose his brother in an effort to get closer to Isaiah.

The messiah isn’t shy at all in declaring that Isaiah is fated to be with him. But the voice in Isaiah’s head is skeptical and easily finds errors in the god’s claims.

Cooper is a god, one of many on Earth, but he is approved to pose as a messiah. He warps the path he’s supposed to follow in an effort to get closer to a man that is supposed to be his lover for only one night. Doing so has consequences, because Isaiah is not the man he expected. For one, he cuts himself in an effort to deal with the darkness of his past. And second, there’s the pesky sprite that loiters on Isaiah’s shoulder, whispering advice that Cooper would rather it didn’t. 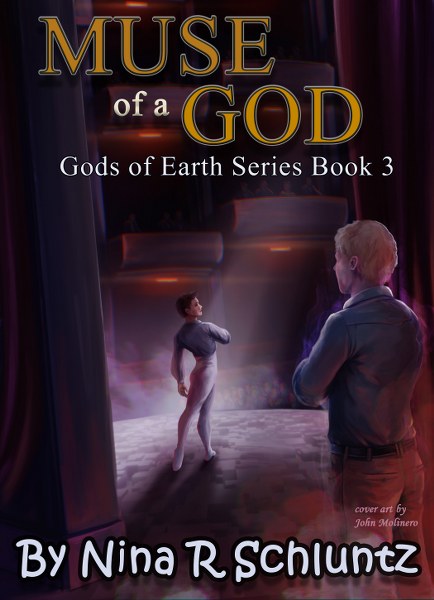 Muse of a God
Gods of Earth Series Book 3

Lawrence, who prefers to go by Laurie, is one of those gifted performers that everyone envies because he always gets the lead role.

Carter is a god with a shaded past. He created a planet… and then helped parasite type symbiotes destroy it. His current time on Earth is to prove he is rehabilitated.

But he is good at manipulation. He wants to stay close to the two scientists who will discover a means to save Earth once Carter brings the symbiotes to it. One of them is Laurie’s roommate in college. Which means Laurie is Carter’s best means to befriending the scientists.

A not so chance encounter and some mocking, gets Laurie to join the lacrosse team Carter is on. Seducing him is easy enough, but Laurie quickly proves refreshingly unpredictable and his quick tongue makes Carter reconsider his choices to stay loyal to his previous love who controls the symbiotes.

But can Carter’s growing affection toward Laurie be enough to convince him to save Earth rather than destroy it? 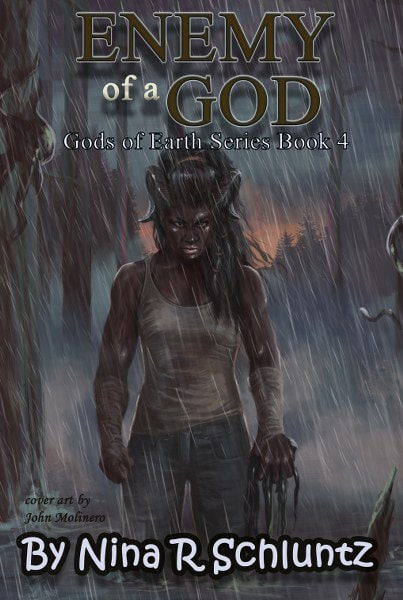 Enemy of a God
Gods of Earth Series Book 4

The world is ending and the gods are abandoning Earth. A strange woman arrives at the same time the parasite symbiotes do. She has no memory of who she is and the question remains, is she an ally to save earth or the enemy of the gods here to destroy them?

Jayson is the first to find her and he forms an immediate friendship with her. They are both outcasts with a dark past. He makes a deal with a god, Cooper, in an attempt to learn more about his alien friend. He doesn’t expect to fall in love with Cooper and worse, learn that his alien friend must die in order to save Earth. 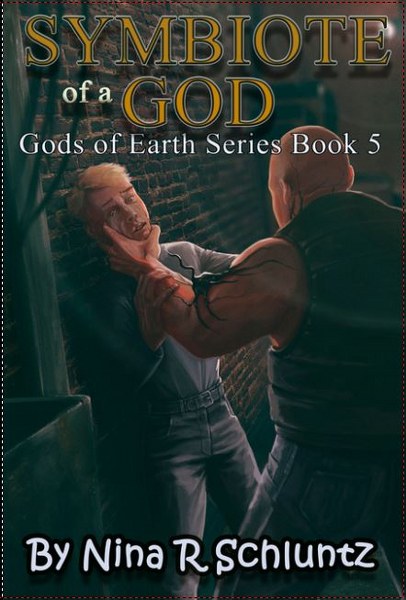 Symbiote of a God
Gods of Earth Series Book 5

Stephen, Nick, and Lawrence have been best friends since college. Stephen and Nick are scientists, tasked with finding a cure to the symbiotes which have invaded Earth and use humans as hosts. Removing the symbiote kills the human, and a human doesn’t live long once infected.

Months after the initial invasion, Lawrence becomes infected and seeks the help of his friends. The rush to find a cure is now paramount, but something is strange about Lawrence’s infection. He is still in control of his body, and he can now understand the symbiotes. Nick and Stephen realize he may hold the cure to finally ridding the world of the symbiotes. 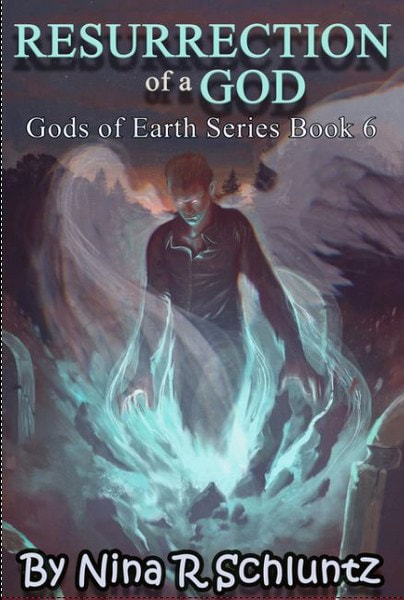 Resurrection of a God
Gods of Earth Series Book 6

Earth is the second planet Carter has created, and now the same symbiotes that destroyed his first planet, are here, destroying Earth. Afraid he will only aide in Earth’s destruction, since it’s his soulmate and lover behind the invasion, he goes into hiding.

Jayson knows Carter is the only god who can save Earth and he is done waiting for him to come back. He resurrects the god and saves the planet, but its something not just any human can do. Jayson realizes there’s more to his relationship with Carter than he thought. He’d assumed he was Cooper’s soulmate, he loves Cooper, but when he keeps running into Carter he realizes the truth. A god has a different soulmate on every planet, and on Earth, he is Carter’s soulmate.

But Carter doesn’t want him. His soulmate from his first planet was destructive and Carter fears what Jayson will become if he bonds with him. Jayson has to convince the god that he is different, and that your past does not determine your future. 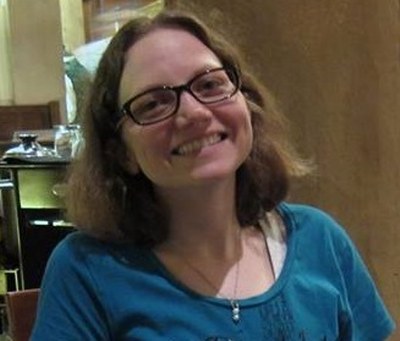 Nina Schluntz is a native to rural Nebraska. In her youth, she often wrote short stories to entertain her friends. Those ideas evolved into the novels she creates today.

Her husband continues to ensure her stories maintain a touch of realism as she delves in the science fiction and fantasy realm. And their kitty, a rescued Abyssinian, is always willing to stay up late to provide inspiration.