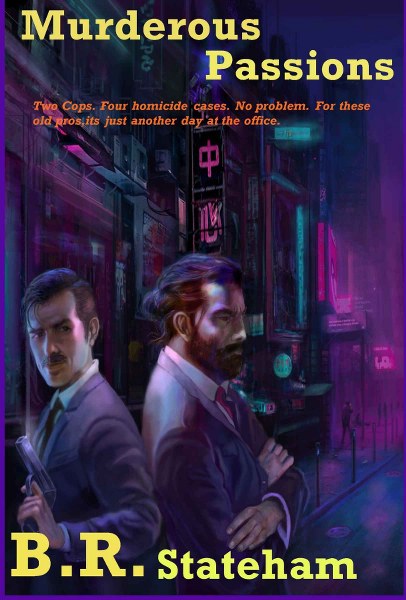 The first novel in the Turner Hahn/Frank Morales detective series. Two homicide detectives and old friends who take on the homicide cases no one else in the police department want to touch.

Two cops. Four homicides. One case involves a college professor and six thousand suspects. The second involves a dead farm girl, a dead gigolo, and a grieving housewife. The third is a jewel thief who likes to play with big caliber guns. The fourth involves a drug-crazed hoodlum with a killer's desire to challenge the world. It's just another working day for Detective Sergeants Turner Hahn and Frank Morales.

B.R. Stateham is a fourteen-year-old boy trapped in a seventy-year-old body. But his enthusiasm and boyish delight in anything mysterious and/or unknown continue.

Writing novels, especially detectives, is just the avenue of escape which keeps the author’s mind sharp and inquisitive. He’s published a ton of short stories in online magazines like Crooked, Darkest Before the Dawn, Abandoned Towers, Pulp Metal Magazine, Suspense Magazine, Spinetingler Magazine, Near to The Knuckle, A Twist of Noir, Angie’s Diary, Power Burn Flash, and Eastern Standard Crime. He writes both detective/mysteries, as well as science-fiction and fantasy.