The Grim and the Fantastic - Book Tour and Giveaway 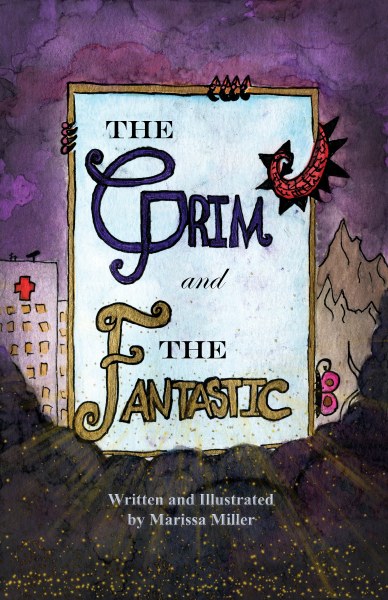 The Grim and the Fantastic
by Marissa Miller
Genre: Children's / Middle Grade Fantasy

The Grim and The Fantastic tells the story of Merton Clarke, and his journey battling a major illness, when a magical realm--filled with splendor and danger lurking in the shadows-- reveals itself to him. There, he must face some terrible beasts in a battle to rid himself of his sickness. Along the way, Merton makes two new friends who must fight their own monsters alongside him. If they can defeat their beasts from the realm in battle, just maybe, they will win the battle against their sickness in the real world too. Together, they test their limits, and their understanding of friendship, grief, bravery, and, above all, the power of hope.
A story of marvel, battles, and hardship, The Grim and the Fantastic takes a serious subject and seeks to breathe color back into the lives of those affected. The fantastical tale truly provides a whimsical place for children with troubles to escape to. 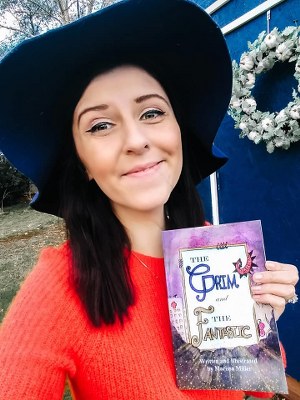 Marissa Miller is an up and coming author, who has spent the last few years working on novels and children’s books. She currently resides in northern California with her husband, two little dogs (Alice and Diggory), and two cats (Burt and Winry).

Miller has been an aspiring storyteller since she was a young girl and began more seriously pursuing the art of writing in her teens. After a happy accident with miscommunication in 2017, Miller began producing illustrations to accompany her work; she now attempts to incorporate in her illustrative style with all of her works.

Miller’s first published work is the wonderfully imaginative children’s book, Chasing Figments. Following her picture book, Miller published an illustrated young reader’s book, The Grim and The Fantastic. Both books embody Miller’s brand, which is finding the splendor in one’s life, no matter the circumstance, and using imagination to overcome obstacles.

Gift basket with: Signed copy of book, bookmarks, custom illustration for winner, and a $10 amazon gift-card.