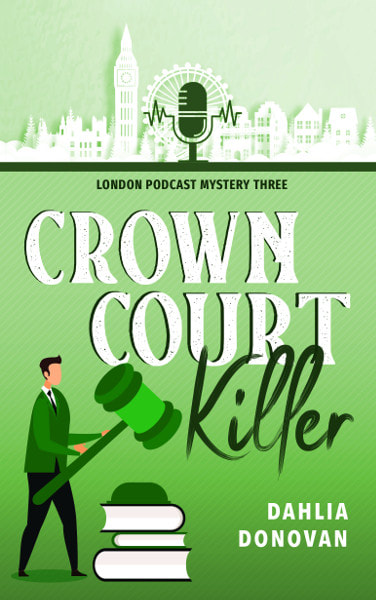 Months after saving their flamboyant theatre friend from disaster, Dannel Ortea and Osian Garey are back with a thrilling murder investigation in the third London Podcast Mystery series novel.

Dannel and Osian's breakfast double date rapidly devolves into a murder mystery when a dead body is found in their solicitor friend’s car. Wayne is taken for questioning by police. He was last seen arguing with the deceased.

When Wayne’s tie is identified as the murder weapon, it’s hard to refute the growing evidence stacked against him.

Convinced of their friend’s innocence, Dannel and Osian throw themselves into the investigation. When Wayne’s boyfriend, Roland, finds himself suspended from the police, they realise powerful people are involved in the murder.

With a philandering crown court judge, two disgruntled wives, and an angry client as suspects, the clock is ticking for them to find the killer before Wayne winds up arrested—or dead. 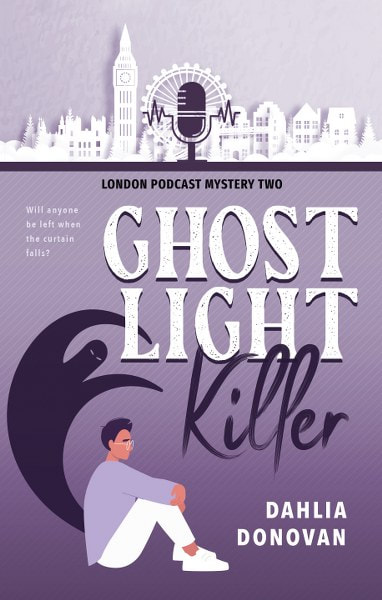 Several months after their first brush with death, Dannel Ortea and Osian Garey are back with a thrilling murder investigation in the second London Podcast Mystery Series novel.

While helping their flamboyant neighbour with his play, Dannel and Osian discover more than a ghost haunting the stage at the Evelyn Lavelle theatre. It's all fun and games until a friend is found kneeling over a dead body.

Is he the murderer or an unfortunate witness?

When one body turns to two, then to three, will the killer ever be found?

As Dannel and Osian work together to solve the mystery, the murderer focuses on them. Their drive to clear their friend’s name puts them centre stage. But not everything under the glow of the bright lights glimmers.

Will anyone be left when the curtain falls? 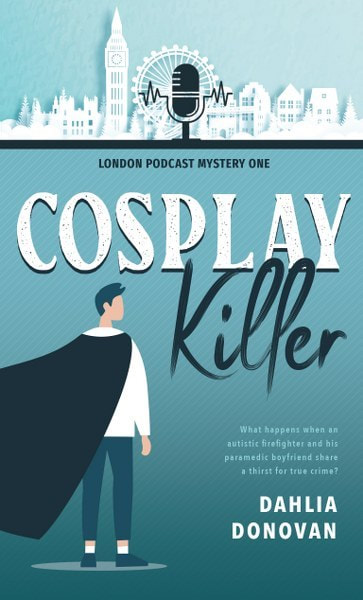 What happens when an autistic firefighter and his paramedic boyfriend share a thirst for true crime?

Osian Garey and Dannel Ortea live together in a colourful flat in Covent Garden. They run a podcast and throw themselves wholeheartedly into Cosplay, video games, and musical theatre. This year, they’re all fired up to attend their annual convention with a group of first responders.

When Osian finds a paramedic friend murdered in the middle of the crowded venue, the police immediately turn their attention to him.

They have one question on their mind.

Is he the first witness on the scene or the killer?

As the mystery unfolds, Osian has to face the trauma of his last job as a paramedic. Somewhere in those memories, a killer waits to exact revenge. They’ll have to prove Osian’s innocence and fight for their own survival when the killer puts them both in their sights.

Dahlia Donovan wrote her first romance series after a crazy dream about shifters and damsels in distress. She prefers irreverent humour and unconventional characters. An autistic and occasional hermit, her life wouldn’t be complete without her husband and her massive collection of books and video games.