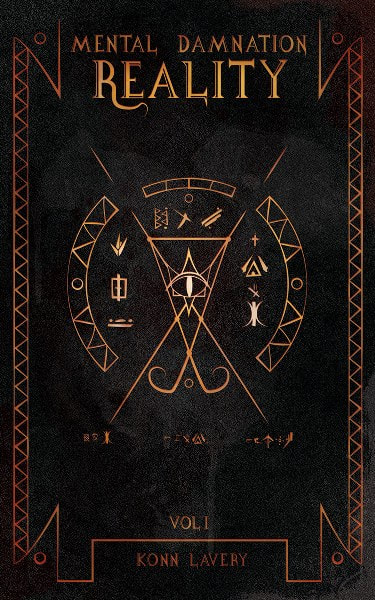 Banished to the Underworld. A Ritual. The Disease.

After Krista's people were banished from the surface by the humans, they were reduced to violence and hatred.

She and her only friend, Darkwing, survive as street kids as their people's leaders become crazed from an unknown disease - Mental Damnation. After their infection, the Guardians develop a bizarre interest in her, claiming they must reap her innocence for their newfound master, the Weaver.

Krista has limited options for survival: Does she fend for her life in the City of Renascence, or risk leaving everything behind and enter the uncharted realm of the underworld?

"Konn Lavery has taken me into his mind and carried me on a richly woven tapestry of metaphors for the human condition."- Amber, Goodreads Reviewer

"Both well-written and well thought out, Mental Damnation is an instant classic and I can't wait to see what happens next!"
- Joshua Grant, Goodreads Reviewer

"When I finally got into the actual book, I found myself unable to put it down, even reading it on my break at work"
- Dawn Herbert, Goodreads Reviewer 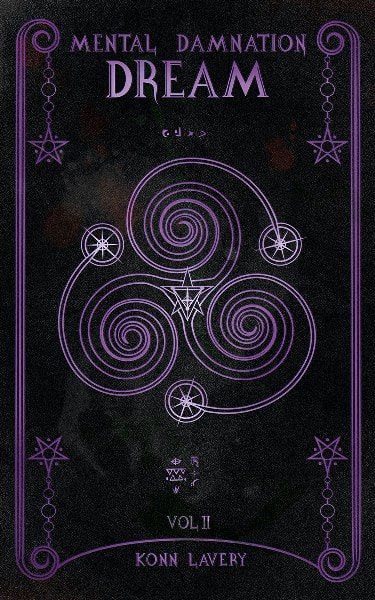 A Fallen God. The Marking. Damnation Has Begun.
The ritual set everything in motion for Krista in the continuation of the Mental Damnation series hinting at the afterlife, and a lurkingevil.
Gatekeeper Danil found and used her in an unholy event which completes Krista's infection of Mental Damnation.
It is the very disease that collapsed her leaders and wreaked havocamong her people, how will she maintain her sanity through the visionsof hell?
------
"Lavery writes an extremely good book: captivating, highly descriptive, emotional and hauntingly poignant."
- G.J. Griffiths, Goodreads Reviewer
"The world Mr. Lavery created is absolutely captivating and the illustrations beautiful!"
- Cassandra Larsen, Goodreads Reviewer
"I'm invested now an will continue to follow this story in the next book."
- Jenae (Jeni), Goodreads Reviewer 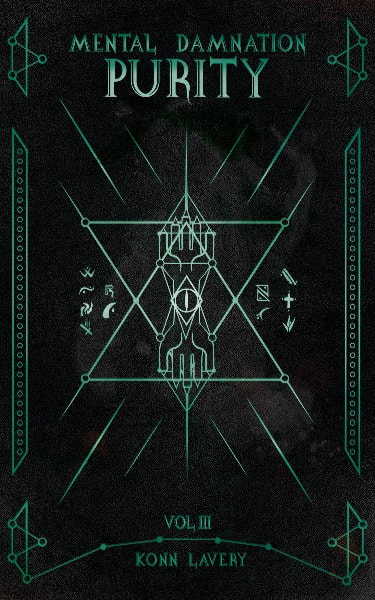 Krista allies with a fallen paladin as the Weaver sends his deadliest servant after her.
The Mental Damnation series continues in a high fantasy tale of forbidden love, banishment, and fallen warriors.
Krista's hope of escaping Dreadweave Pass lessens as the Weaver sends a fallen angel to capture her. Will her allegiance with a corrupt paladin be enough to triumph?
------
"Book three in the Mental Damnation series picks up perfectly and continues with Krista's story. There is a lot of action, drama and suspense"
- Sheri, Goodreads Reviewer 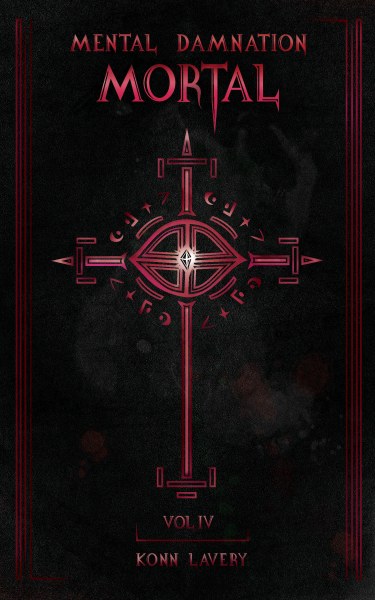 Damnation ends. The Afterlife is at war. Krista must fend for herself.
Mortal is the concluding novel of the dark fantasy series Mental Damnation. Follow Krista as she descends further into Dreadweave Pass and fulfilling the path of a warrior set by her father, reinforced by her allies. Will Krista manage to escape the land of the damned? She fights to return to Darkwing in the mortal realm, as he struggles to rescue her. Home is no safe haven either, for her people and the humans are on the brink of an all-out-war. 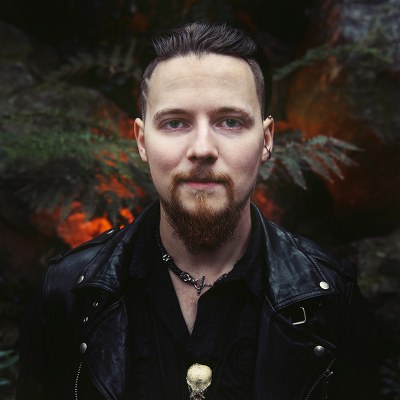 Konn Lavery is a Canadian author whose work has been recognized by Edmonton’s top five bestseller charts and by reviewers such as Readers’ Favorite, and Literary Titan.

He started writing stories at a young age while being homeschooled. After graduating from graphic design college, he began professionally pursuing his writing with his first release, Reality. He continues to write in the thriller, horror, and fantasy genres.

He balances his literary work along with his own graphic design and website development business, titled Reveal Design (www.revealdesign.ca). His visual communication skills have been transcribed into the formatting and artwork found within his publications supporting his fascination of transmedia storytelling.