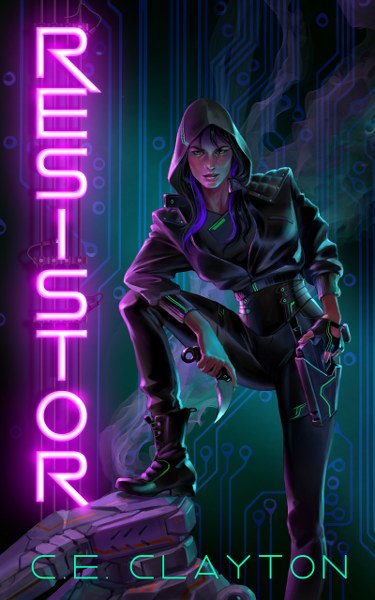 Ellinor Rask has wanted one thing for the past eight years: vengeance. But when Ellinor is captured, she finds herself dragged back into the world she walked away from, entangled once more with friends she would rather forget.
As if that weren’t humiliating enough, Ellinor learns first hand that her magic can be stripped away by a piece of bio-tech—and her ex-boss is happy to leash her with the technology in order to get what he wants. If Ellinor behaves, the device will be removed. All she has to do is deliver a package. One containing a creature created from raw magical energy and discarded technology. Simple, right?
But when her goals start getting people murdered, Ellinor has to decide if the year’s planning, her honor, and even her own magic, are worth the lives it’s costing. Dodging ruthless gangsters, she finds herself on the run with a creature of immeasurable magical abilities alongside her one-time friends. Now, Ellinor must relearn to trust the people she once abandoned. She must put her faith in technology, and her life in the hands of independent contractors, all while racing to deliver the package before it gets taken by force, or worse, the creature decides to make an appearance itself. 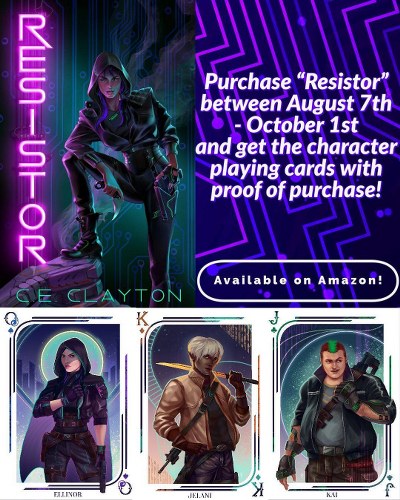 If you purchase either a physical copy, or pre-order the digital copy, you will receive the three, custom character playing cards once you show proof of purchase! It doesn't matter what country you're in either, I will absolutely send you these beauties by the phenomenal Golden Rose!

But if users purchase signed copies directly from me, they will get the character art of Ellinor in chains by Arz, a bookmark by Dominique Wesson, in addition to the playing cards if purchased during the pre-order window.

Send proof of purchase to authorcontact@ceclayton.com 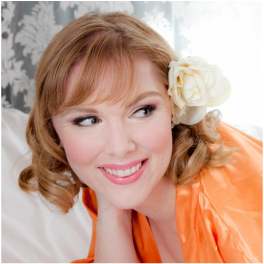 C. E. Clayton was born and raised in the greater Los Angeles area. After going the traditional career route and becoming restless, she went back to her first love--writing--and hasn't stopped. She is the author of young adult fantasy series, "The Monster of Selkirk", the creator of the cyberpunk Eerden Novels, and her horror short stories have appeared in anthologies across the country. When she's not writing you can find her treating her fur-babies like humans, constantly drinking tea, and trying to convince her husband to go to more concerts. And reading. She does read quite a bit.